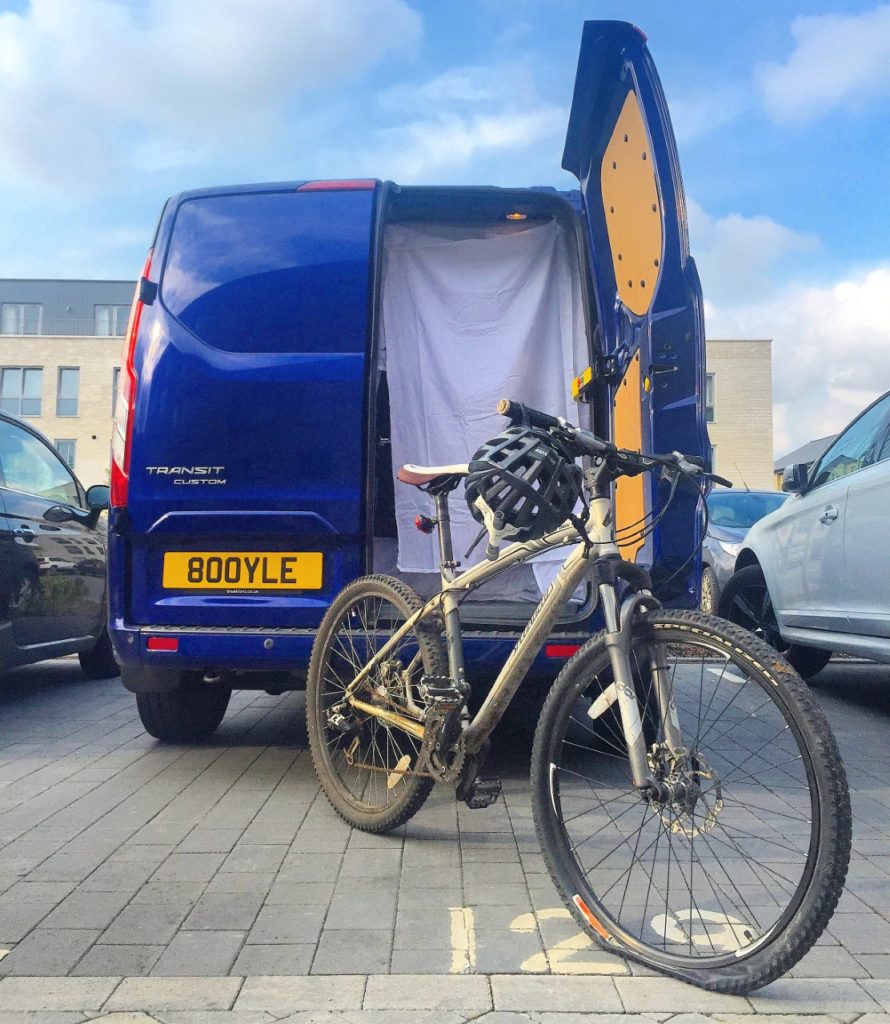 Before we get started, I want to confirm that there are no Adolf Hitlers in my Lair, I just like wolves and lairs okay.

Yesterday I travelled 122 miles to my very own undisclosed lair, it’s undisclosed because there I have many trinkets and treasures, national secrets and technologies unthought of by human civilisations. To be honest it’s the special branch of lairs.

Underneath sheets and cobwebs I saw what I came for, a rusty dusty bicycle. With flat tyres and jammed gears, it wasn’t the bike I remembered. My Dad bought it for me as a gift from a man on site when I said I wanted to go across America, and although it came to the auditions unfortunately I Simon Cowelled it in round 1.

As you can imagine its not the best start to a relationship, but I’m here to try and work it out. He’s definitely on the small side, his suspension is seized, his gears don’t work, and he just genuinely needs some TLC. Luckily for him, I am Mr TLC so he’s in the right place for a resurrection.

I just went online to see what this bike was about and when he was born, turns out he arrived in 2010 at 13.55kg, mother and baby were doing well. Ironically the seventh site on google was for a stolen one, I hope he wasn’t stolen!

This week I will get to work on him, I want a working bike for this upcoming 4 day weekend because I cant sit around in the flat for 96 hours. I’m going to go to Halfords to price up what needs to be done, it will be a real cost analysis because I’m sure there will be working bikes out there for around the same money.

In addition, my dear pal Coxy phoned me earlier today. He was chatting to a bloke who has a bike he wants to sell. I don’t know anything about it, all I know is that it’s a tourer and its cheap.

You are about to witness the fitness on a budget cycle from Land’s End to John o’ Groats, and it’s going to be fantastic!