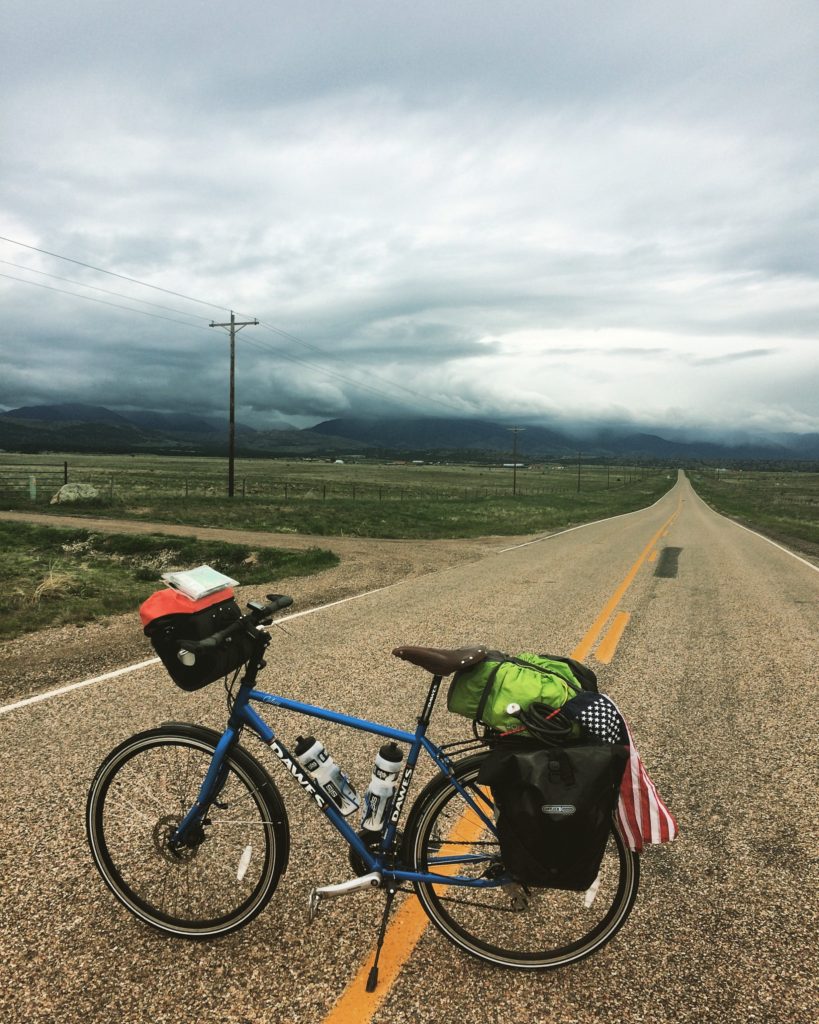 We left Boone around 8am under a misty drizzle, 10 minutes later it was pissing it down.

I was actually laughing throughout the morning as each time a lorry passed a wave of water and wind smashed into me and knocked me off course. It was chaos.

We pulled over at a petrol station where I had a cup of coffee and three hot dogs.

Early afternoon we made it to a town called Pueblo and by this time the rain became hail, so we headed for shelter.

I fell asleep around 6pm and woke up 12 hours later so it was well worth it. There’s nothing like being inside when the weather outside is bad.