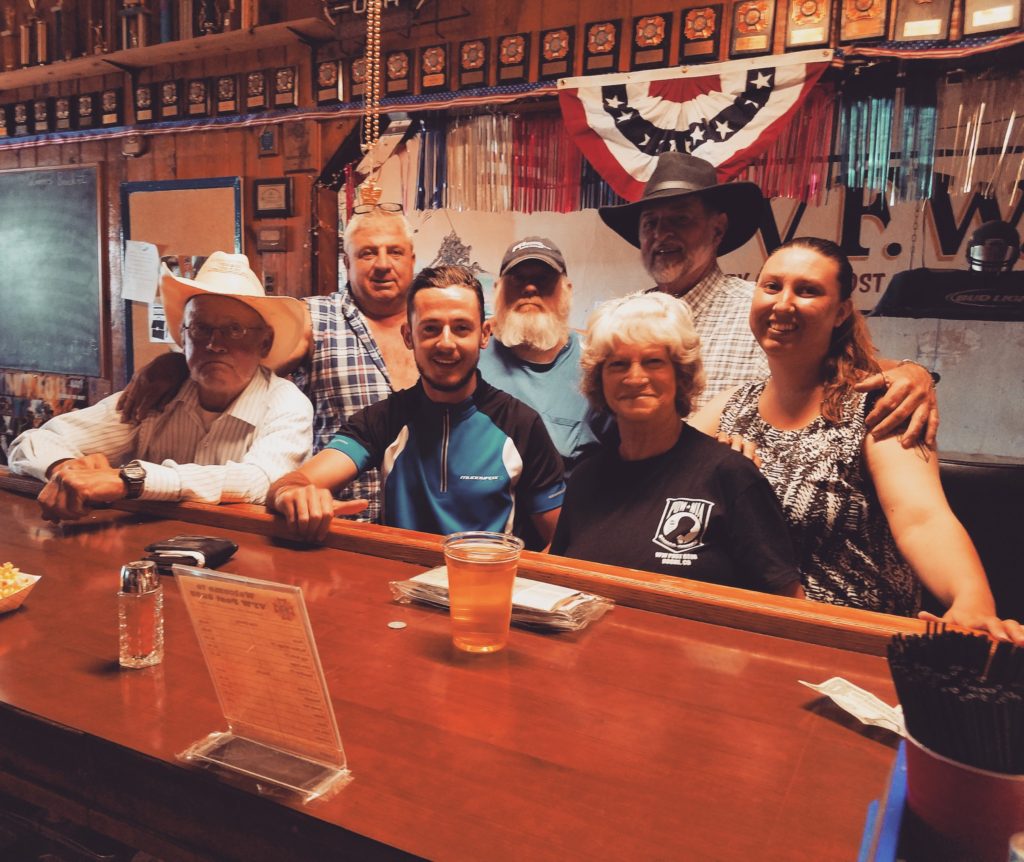 We left Kevin’s house around 11am but not before a cooked breakfast.

We cycled on a straight rode as far as the eye could see and stopped for lunch under one of the only trees we saw. Aurel tried his drone out and I’m telling you he is going to get some unreal shots from that thing.

We made it to a little town called Boone and got set up on the towns park grounds. I was keen to meet some locals and also for a pint so headed to the only bar in the town, the VFW which stood for Veterans of Foreign Wars.

As soon as I got in I was welcomed to take a seat at the bar and the hours flew by. Everyone was so chatty and asked me loads of questions about the UK which made me laugh. Us Brits must look quite weird in their eyes! A lovely couple called Jeff and Diana in particular were brilliant, they must be specialists on the UK.

To top it off the VFW bar gave me a US flag! With that on the back of my bike I’m hoping to get even more space as the trucks pass.

Boone is a cool town!