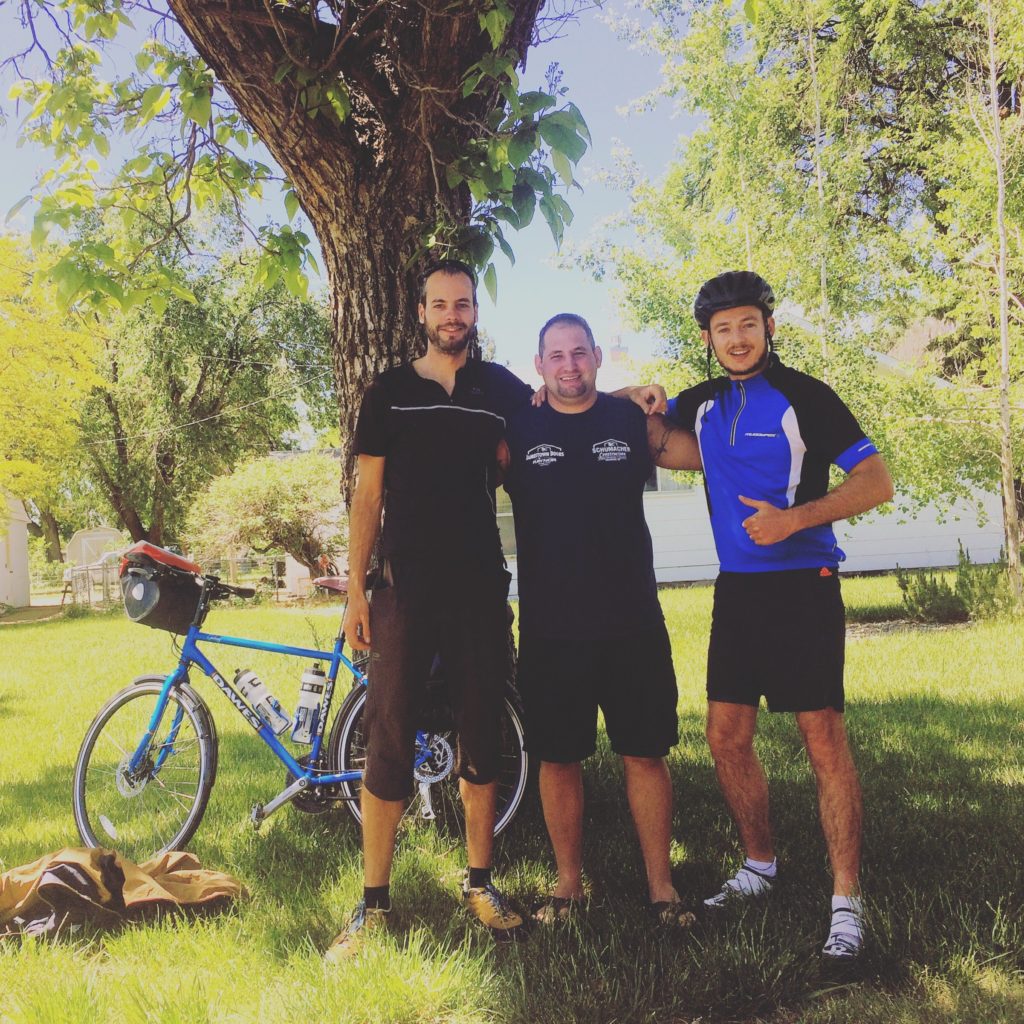 I don’t even know what day it is.

Myself and my bike made it through the train journeys fine, loads of leg space and brilliant views.

The train stopped off at La Junta, Colorado which is where I got off. I changed into my bib shorts, loaded up on a few gallons of water and headed off.

The day was one long straight road and it’s the first time I’ve experienced it. I even got to watch a storm roll in in front of me which was incredible.

We made it to a RV campsite but no one was in. At that point a bloke pulled up and went into the launderette next door so I asked him if he knew where the camp site owners were. We got chatting about the cycle as he himself is a keen traveler!

He went in to get his clothes but popped out mid way to tell us we could stay at his and use his shower. I’m still amazed at how kind people are, we are two weird Europeans on bicycles but people offer us their homes and hot water. Unreal.

We loaded the bikes onto his truck and got to his, as we pulled up the old bill were parked up outside his house. Turns out he is a deputy in the police so it was his police truck outside lol.

He welcomed us into his house, showed us how the shower worked and told us to help ourselves to anything in the fridge. Then he went out for a meal with his girlfriend, so it was just myself, Aurel and Kevin’s cat in the house haha.

Kevin thank you mate, as soon as you head to the UK let me know, mi casa es su casa my friend!