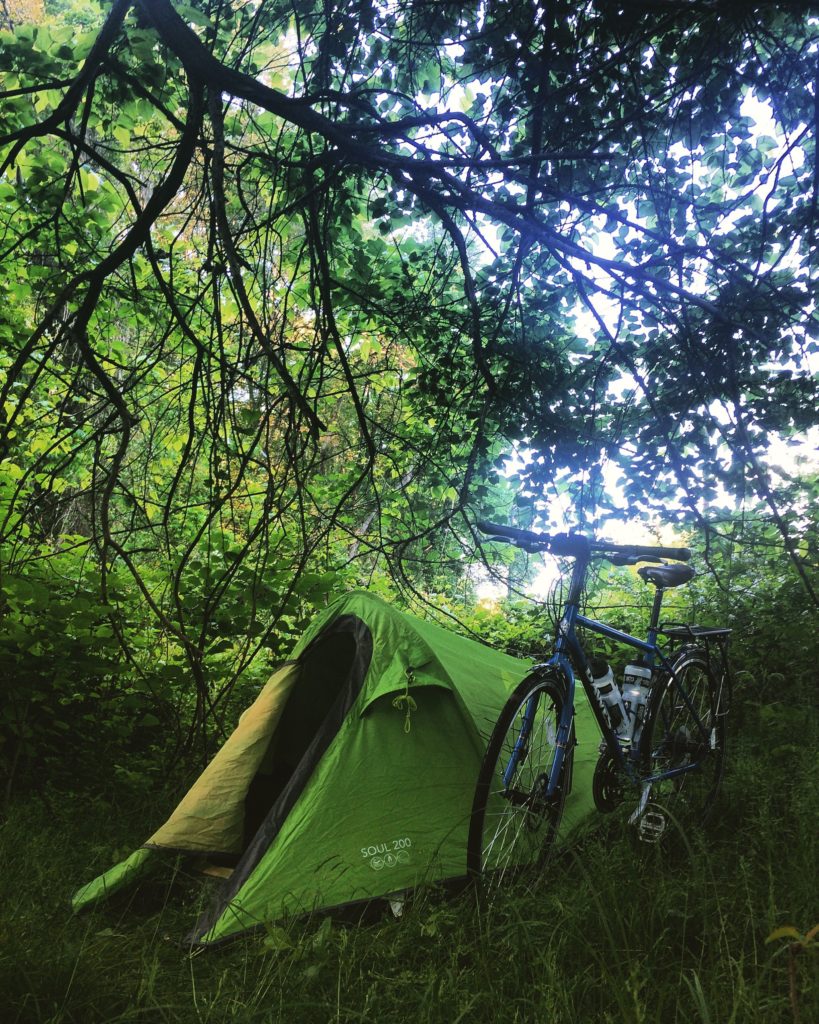 Last night I pitched up in a wooded area in a park close to the train station.

I was at the park a bit too early so read and ate on a bench. With time on my hands I popped to the petrol station to get a can of ice tea. The bloke working there told me I would get a telling off by the police if I was seen drinking alcohol in public, so he told me to do what everyone else does. He disappeared and came back with a Pepsi cup, told me to put ice in it and fill it up with me ice tea lols. Cheers mate.

Returning outside there was an undesirable person eyeing up my bike. “Yo, you got disc brakes on that, are you staying round here?”. I told him I was in a hotel just over the road and I cycled off as he was still trying to speak with me, that wasn’t a convo I wanted to get bogged down in.

I made it back to the park and there were a bunch of cars pulled up with blaring music and women dancing in the centre. From seeing rap videos this scene looked familiar. I think the women may have been Thots in their natural habitat and I believe everyone could have been drinking Gin and Juice. It was on until around 1am and sounded litttttt, however I refrained from joining in.

I hung around the station and met the man who would be driving my train. He told me to go to the grocery store before I board the train as the food is overpriced. I cycled to the grocery store and locked my bike up outside. I felt a bit uncomfortable in the area so opted for a whistle whilst I shopped (a whistle says I’m content and I’m confident in this shop).

10 seconds into whistling and this zombie of a human walks over to me and tells me if I continued whistling he would chop my toes off with bolt cutters looking me dead in the eyes, then he gave me a fist bump. I stopped whistling, got my bananas and left.

All aboard the train and it’s safety.