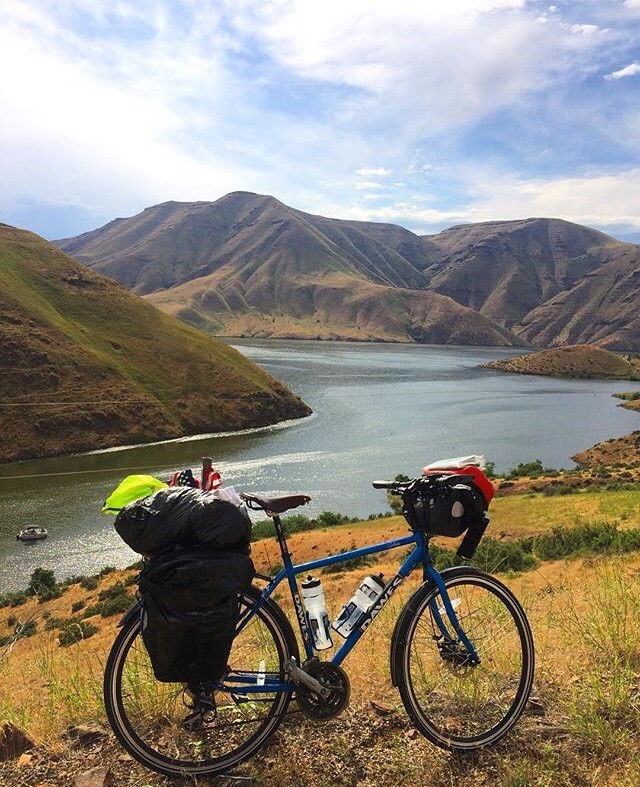 So today was a better day!

I woke up at 4:55am as I slept outside and the light/birds woke me.

I was on the bike by 6am and it was so nice to be alive at that time, it was much cooler and the roads were quiet.

The only interruption in the peace was a logging truck which I could hear approaching from behind for miles on the winding road. Once he made it onto the same straight as me he was on the horn, this is trucker for “I ain’t slowing down and I ain’t going round you” so I promptly made my way off the road. It’s just as well I did as he gave me no space and he was flying.

The rest of the day was calm apart from cycling through a plague of gigantic Mormon Locust. They were covering the road and jumping up when I got near. The whole road was slick from their squashed bodies and guts, vommmmm.

I arrived in my first town of Oregon, Halfway, did I mention that Oregon is my final state of the journey!? I played pool with some locals and found a place to lay my head under a sloped roof of a barn.

Also I don’t know if you noticed my mileage today? 103.7 miles. It’s my second century ride but I’m humble. So what if I’m a hell of a cyclist now? So what if the Tour De France wants me?

Just kidding but boy can I cycle now!