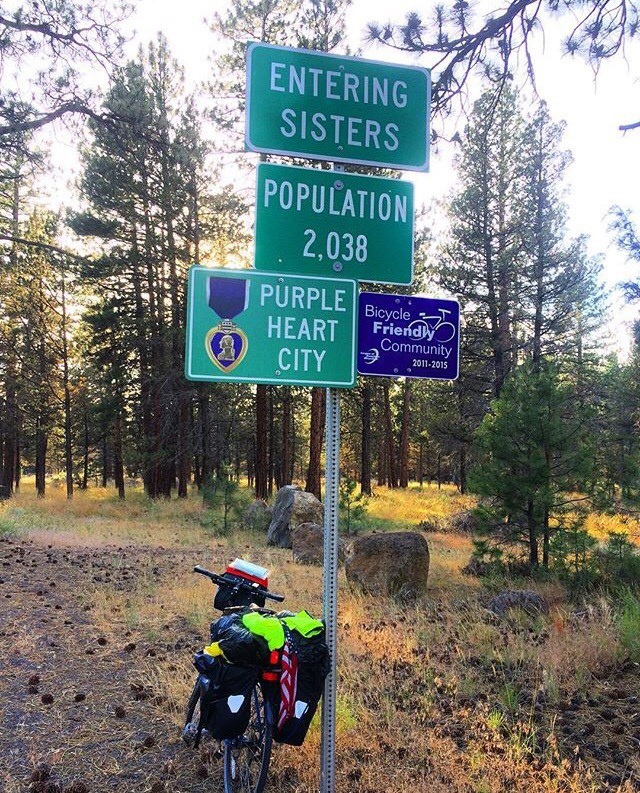 It’s the day before independence Day here in the States. I always thought they were celebrating the day Will Smith scared off the aliens, but I wasn’t completely accurate. There were aliens involved but they were British, and the 4th July celebrations mark the day when the Americans had their own Brexit and booted us out of the country, so hurtful.

Anyway it’s a party so I’ve no complaints, I was told a town called Sisters was decent around 4th July so that’s my destination today.

I cycled through some areas hit by wildfires today so there was quite a bit of smoke and planes overhead dropping water. The fires were a way away so I wasn’t in any immediate danger though.

Mid afternoon I cycled across a bridge and saw people swimming in the river below, I knew from experience how refreshing these rivers are so I pulled over and walked down.

The people were set up on a small bank so I asked if they would mind me taking a quick dip and they said it was fine, so I just strolled in with everything including my cycling shoes.

We got chatting and they offered me an ice cold beer from their cool box which was a dream. After the refreshing beer and dip I said goodbye and squelched out of the river and hopped back on the bike.

I eventually made it to Sisters and went to get food. If it’s any good in town I may hang about tomorrow for the festivities.