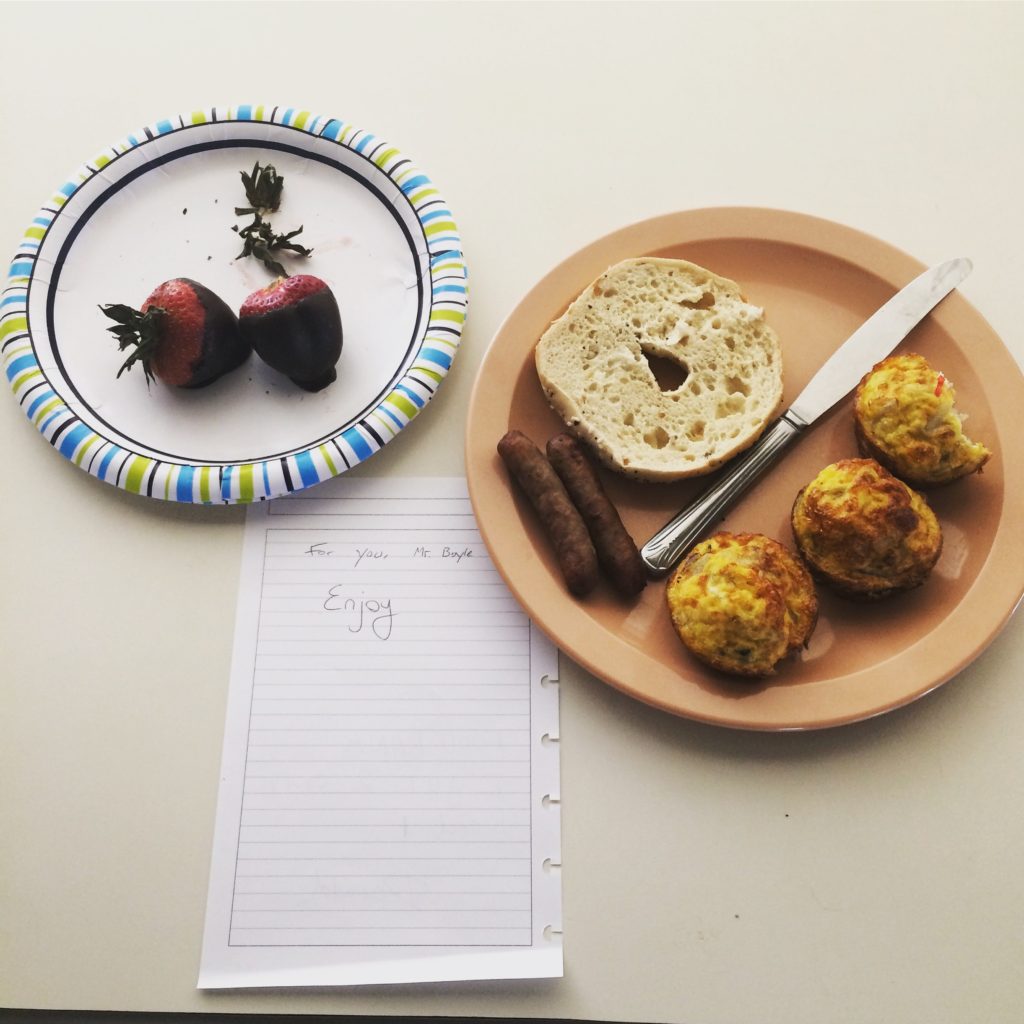 My new friend Goat already set off by the time I woke up.

The lady working in the church had cooked me breakfast even though I hadn’t yet met her which was kind! The note said “For you, Mr Boyle. Enjoy.” And I did enjoy it!

At 2pm I set off which is later than I probably should have as I needed to climb to 9,658ft from 7,000ft in Grizzly Bear country.

Before the climb I pulled over at the last shop and sat outside the front was my friend Goat! He was waiting for a food package his girlfriend sent to a post office nearby. I sat down and had a late lunch with him and when his care package arrived I started laughing at the quantity of food inside.

He had wayyyyyy too much to carry so gave me some which was decent of him.

I knew his journey on the back country trails would be more dangerous than mine on the roads so I gave him an item that was previously given to me in Guffey, Colorado… a rape alarm haha! I’m not even sure it would scare a bear away but perhaps it would alert others to help. I hope it wouldn’t make them any madder at least.

The climb to the pass was one of the best I’ve had. The adrenaline from my bearophobia and the 5 hour energy shot I had meant I flew up the mountain.

Every couple of minutes I would shout out something in a bid to clear the way of bears, I think it must have worked as I didn’t see a single bear!

I made it down the other side just before nightfall and loaded my scented possessions into the bear box, I tried to fit in it myself however no luck.

I don’t like being in a tent when there are monsters around so I unrolled my roll mat and slept under the stars with full visibility under the bright moon.