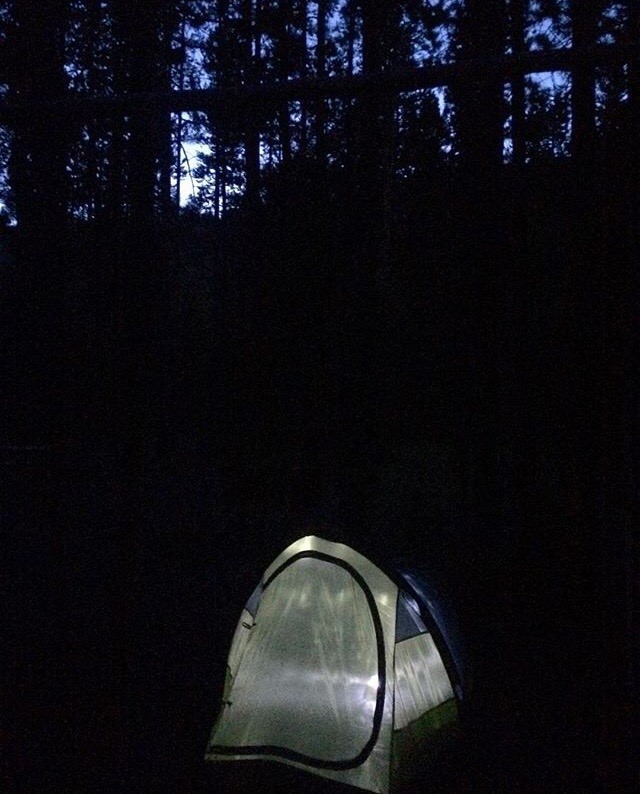 By the time I set up camp another cyclist pulled up which was a welcome sight.

Her name was Jess and she was an actual solo female rider going coast to coast, these independent girls!

We chatted all night about our travels and in the background the coyotes were howling.

I went to sleep and didn’t wake up until 8am at which point Jess was already up. I got out of my tent and collected my free coffee from the reception.

Jess is from San Francisco and her NBA team were playing so in an act of madness she decided to cycle back on herself (she’s going west to east, opposite to me) to west Yellowstone to watch the game in a bar. It was a short day of 15 miles to West Yellowstone and the rain was coming in.

Oi btw I I wanted to tell you something I didn’t mention yesterday. My friend Goat told me the funniest story when I bumped into him yesterday.

That muesli he gave me I took to the other side of Togwotee Pass at which point I bumped into a Canadian lad who was travelling on a single speed, bonkers.

I now had a surplus of food so gave this lad some Muesli and he went on his way.

Two days later I bumped into Goat as I said before, and Goat told me he met a Canadian, and that the Canadian offered him food that he got from a British Man……….SAME FUCKING MUESLI! Hahahahahah

The world is the funniest place.