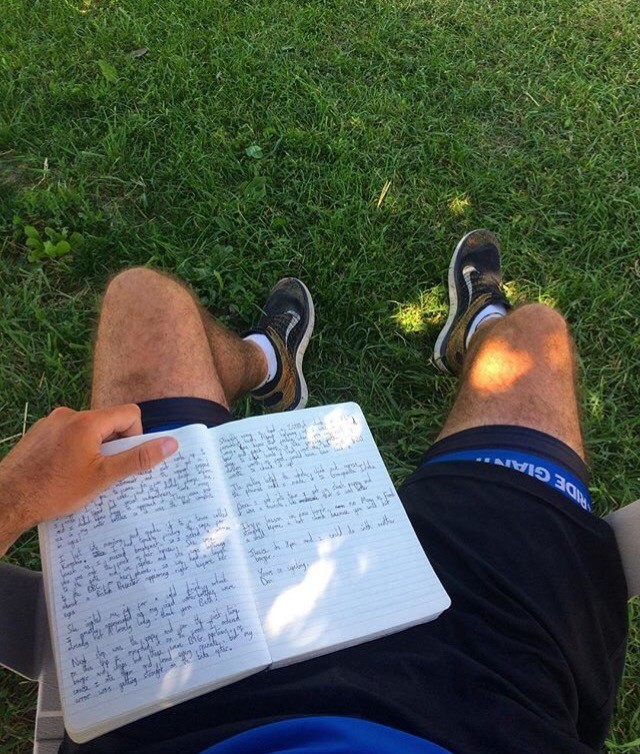 Today I decided to take it easy as my knee was playing up on the way into Baker City yesterday. I’m making sure I listen to my body and it could be said that I’ve taken too many rest days, but with zero illnesses or injuries I’m going to keep doing what I’m doing. Also I love rest days and I’m on holiday right!?

The rest day consisted of typing up a good 10 days worth of blogging and eating too much good food in the cool shade. I chatted with other cyclists who were taking off today and really enjoyed telling them how hot it was and how much I’d hate to be cycling today lol.

I met a pastor who was cycling west to east with his young sons. I’ve been waiting a while to pass my bear spray on and this was the perfect moment. I handed the baton over and wished that it would give him and his sons as much luck as it gave me, no grizzly attacks! Ariel your kind gesture has officially been passed on, thanks for keeping me safe!

I also fixed the brakes on my bike today, as for the past few days I haven’t been able to stop on the downhills. I felt so macho after, so macho in fact that I lit a damn fire to sleep next to that night damnit!